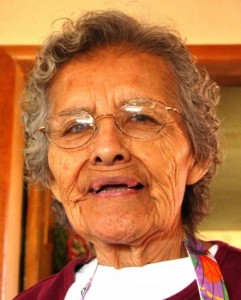 When my wife and I moved to Sedona in 1994 we were drawn to the Hopi Reservation. We soon began taking Holiday baskets to our friends in need at Christmas. In January of 2006 while having dinner with Peter and Janet Fagan, Janet suggested that we expand this “project”. In December of 2006 we raised $2,200 and took 20 baskets up to First Mesa.  In 2007 we “adopted” the Tewa Elders at First Mesa and the “Tewa Holiday Project” was born. This group of Native Americans living on the Hopi Mesas receive little support from the various Government entities at Hopi because they are not true Hopis but Tewa who moved to Hopi from New Mexico during the years of the Pueblo Revolt in the late 1600’s. Currently there are about 85 Tewa Elders living at First Mesa.

In 2007  with the help of Laura Van House, Peter and Janet Fagan and the support of many new friends we raised $5,300.00  and took  50 Holiday Baskets to First Mesa along with many SUV’s full of gently used winter clothing. In the Spring of 2008 we created a partnership with Sedona based Non Profit Cornucopia Community Advocates lead by Julie and Harvey Grady. In 2008 we raised $11,275 and 50 “Tewa Travelers” made the delivery to first Mesa to deliver the 75 “baskets” to the Tewa elders.

In 2009 we raised $10,462 and again delivered 75 baskets to the Tewa elders at First Mesa. 2009 was our first year to make our delivery to the new Tewa Community Center. 45 “Tewa Travelers” made the trip. Until you make the delivery to Tewa and experience first hand the gratitude and sharing my words do no justice to describing the experience. In 2010 we raised $12,618 and again delivered baskets to  75 Tewa elders and nearly 60 Tewa Travelers made the trip. In 2011 we raised the most money ever with a grand total of $13,848 raised. In addition to the 75 baskets delivered we were able to purchase 6 laptop computers for First Mesa Elementary. In 2014 we raised over $13,400 in cash, plus 105 coats and hats and over 100 toys for the Tewa Children. The 2015 saw us raise over $15,000 in cash, deliver 110 coats and over 140 hats to First Mesa Elementary and collect and deliver over 150 wrapped presents to the Tewa children at First Mesa. 2016 Was another successful year for the Tewa Holiday Project. Again over $15,000 in cash was raised, over 130 coats were delivered to First Mesa Elementary along with over 175 hand knitted hast that were given to the children and Tewa Elders and over 150 wrapped gifts for the children of Tewa. In  2017  the Tewa Holiday Project had its most successful year ever with over $17,000 in cash raised, 165 coats and hand knitted hats delivered to every student at First Mesa Elementary and 150 brand new wrapped Toys for Tewa children. The 2018 was another successful year for the Tewa Holiday Project. Over $17,0000 in cash was raised along over 150 brand new coats for First Mesa Elementary and over 150 wrapped Christmas presents for Tewa Children  If you would like to be on the email list to get updates and information or to be a part of the 2019 Tewa Holiday Project delivery or volunteer team member for 2019 just email me. 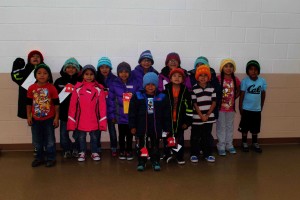 In 2012 with the help of Caroline Diehl and students from Verde Valley School we started the Coats4Kids Program. We have delivered over 850 coats over the last seven years. We have been in contact with First Mesa Elementary and have been told their students are looking forward to receiving coats again this year. We are confident with the help of of our Coats4Kids partners Clarks Market (Formerly Webers) in the Village of Oak Creek and Whole Foods in West Sedona our goal of getting each student at First Mesa Elementary a new coat will be accomplished. Look for the displays in  these stores in early November.

Want to make make a donation? If you want to use a credit card just click here:Tewa Holiday Project

If you want to use a check, make it out to Cornucopia Community Advocates and mail it to Randy Crewse at P.O. Box 479, Sedona, AZ 86339.